As the last Bloomberg Ranking’s analysis of global health report, Italy is the second healthiest country in the world. If the old italian proverb, “la salute prima di tutto” (“Health first”) is right, this is the perfect first Italian Good News of this 2016.

The Second Healthiest Country in the World

According to the same analysis, Italy is the healthiest country in Europe. The Peninsula is ranked first among all the others European Nations and, as you can see below, even above Switzerland, a country famous for being the birthplace of the Red-Cross and for its well noun efficiency.

The third best Healthcare system in the world

These records are a reflection of two Italian excellence. The first is Italy’s extremely efficient healthcare. In fact, in 2014 Bloomberg Rankings named Italy as the 3rd most efficient healthcare in the world. In one year the Italian universal health care system has moved from 6th to 3rd place.
Recognizing that an efficient health care sector is vital to the long-term fiscal health of a country, if is true that “health is wealth”, it’s encouraging to see that the Italian population is in good standing both in terms of health and of services that are provided to maintain that vitality.

The second excellence that helps the Italians to keep their life’s expectancy at 82 years old, is the worldwide famous Italian food.

As a matter of fact, the Mediterranean diet is likely to be an important factor in Italian longevity. Since after the WWII there has been a big improvement in the Italian diet, with much more fresh fish and a wider variety of foods. Fresh vegetables and fruit are commonly available and the use of olive oil in cooking, and less animal fats. Another good example is the Italian relation with alcoholic beverage. Traditionally, Italians have drunk wine with meals and avoided the sort of binge drinking that is commonplace in many country. However, many doctors in Italy warns this good habit is changing for the worse among the young.

Several studies have linked the Mediterranean diet with a reduced risk of heart disease. In 2013 a trial in the New England Journal of Medicine involving more than 7,000 people in Spain found that those who was given a liter of extra virgin olive oil every week for five years, had a significantly reduced the risk of stroke and heart disease, compared to an another control group who was simply advised to have a low-fat diet.

Bron: Italy, the second Healthiest Country in the World

Let us introduce you to our furry and funny member

Camping Life! This is space C12, one of our jewels

Piazza del Popolo in Ascoli Piceno is one of the m

Villa Bussola is a Camp site for tents. This is pi

Kitten 🐈 Isn't he or she cute?

Summer rain shower! Nature is thanking and we enjo

The Gran Sasso mountain is there far away among th

Time for a glass of wine! Salute 🍷

While everybody is still sleeping everything is re

A sweet Birthday Girl is arriving... and we will c 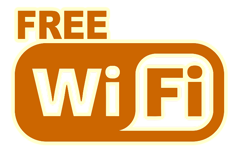